Skin in the Game is a film about the underground human trafficking industry. 15-year-old Dani (Sammi Hanratty) is abducted and forced into human trafficking. After failure to file a missing persons report until the 24 hour time frame, Dani’s mother (Sharon) contacts her ex-friend Lena (Erica Ash) for help. Lena is a recovering prostitute who has created a safe haven for the young women she encounters that have been abused. She knows the ropes and tricks of the industry since she’s experienced it first hand. For Dani’s sake, Lena agrees to help out. The film takes viewers into the dangerous and fast-paced journey into the life of the streets as we join Lena and Sharon in their mission to find Dani before she is “turned out," and gets lost in the trafficking industry. 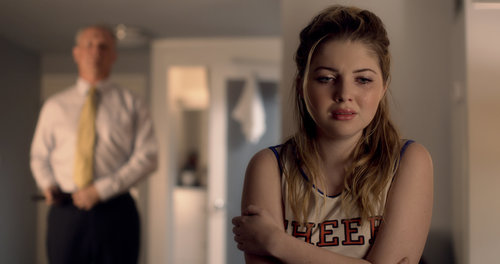 The award-winning documentary film 4 Wheel Bob tells the story of Bob Coomber, an intrepid adventurer who sets out to be the first wheelchair hiker to cross the 11,845-foot Kearsarge Pass

Lorraine Hansberry’s A Raisin in the Sun follows the Youngers, a black Chicago family aspiring to achieve the American Dream. Suggested ticket donation is $5.