In 1960 legislation was signed establishing Sonoma State College. It first opened to 274 students in Fall 1961 in leased buildings in Rohnert Park. The move to its permanent site of 215 acres took place in 1966, upon completion of Stevenson and Darwin Halls for classrooms.

As enrollments increased, new facilities were built: Ives Hall for performing arts, a dining commons, a library, a physical education facility, and site development features including three lakes (reservoirs) that have since become important aesthetic features of the campus. The original architectural design during this period was urban in character, calling for smooth concrete buildings and formalized landscaped courts.

In 1969, the academic master plan underwent a major revision. The new cluster school concept, coupled with a heightened appreciation of the rural environment, influenced the physical master plan. First to exemplify this new plan was the residential facility of 1972, a “village” of inviting stucco and redwood structures. The Student Health Center also used redwood and stucco, with a landscaped ground cover of wild roses and poppies. In 1975, a transitional project, Nichols Hall, integrated a three-story concrete structure, near the core, with a low-level redwood and stucco cluster school complex. The Student Union was built in 1976 of wood and concrete and faces the central core in one direction and the lakes in the other. In 1977, Sonoma State University saw the completion of an art building, a childcare center, additional parking, several structural aides for the disabled and an addition to the library for a computer center. In 1978, university status was officially extended to Sonoma. The aquatic facility was founded in 1980, and the community provided funds for the construction of a pool in 1982. Construction of the 500-seat Evert B. Person Theatre was completed in 1989.

In June 2000, the Jean and Charles Schulz Information Center was completed to accommodate the expanded needs of the library and computing services. This facility is a prototype library/information complex for the 21st century with an automated storage and retrieval system that holds 750,000 items.

The original 1972 residential complex has been expanded, maintaining the “village” architectural design using stucco, wood and tile roofs. Two new complexes, named Sauvignon Village and Beaujolais Village, are one-, two-, and three-story buildings formed around outdoor gathering spaces and courtyards, all with kitchens, dining rooms, and living rooms. Tuscany Village added another 699-beds in Fall 2009. The on campus community is now comprised of 3,100 students, almost 40 percent of its student population.

In May 2000, the CSU Board of Trustees approved a new master plan adding 48 acres for the Donald and Maureen Green Music Center, that included a 1,400 seat donor-funded concert hall. A 250-seat recital hall (Schroeder’s Recital Hall), classroms, ensemble and practice rooms compliment the programming capabilities. A hospitality center featuring a restaurant and an executive conference center provide a memorable experience for guests. The Music Education Hall opened in Fall 2008. The GMC, that fully opened on Sept. 2012, offers the finest acoustic quality and provides a cultural experience, designed to enhance the beauty of Sonoma County.

In Fall 2006, the 40-year old science building, Darwin Hall reopened after a two year renovation, producing a contemporary look with state-of-the-art laboratory and classrooms to support the needs of a 21st century science curriculum.

A student-financed Recreation Center was completed in Fall 2004 and has become a model for a state-of-the-art design that maximized functional space and demonstrates sustainable building techniques. The University was awarded a 2005 Outstanding Sports Facilities Award by the National Intramural Recreational Sports Association. The adjacent Student Center opened in Fall 2013 as a compliment to the Recreation Center with a bookstore, dining facilities, student activities space, a conference center and meeting spaces. The Student Center fulfills the University’s strategic plan by creating centers of active student life in support of the residential community.

According to a 1994 article by Gaye LeBaron, longtime newspaper columnist for The Press Democrat specializing in local history, there were 10 founding members of Santa Rosa Center, San Francisco State College, which would become Sonoma State College in 1960. They were: 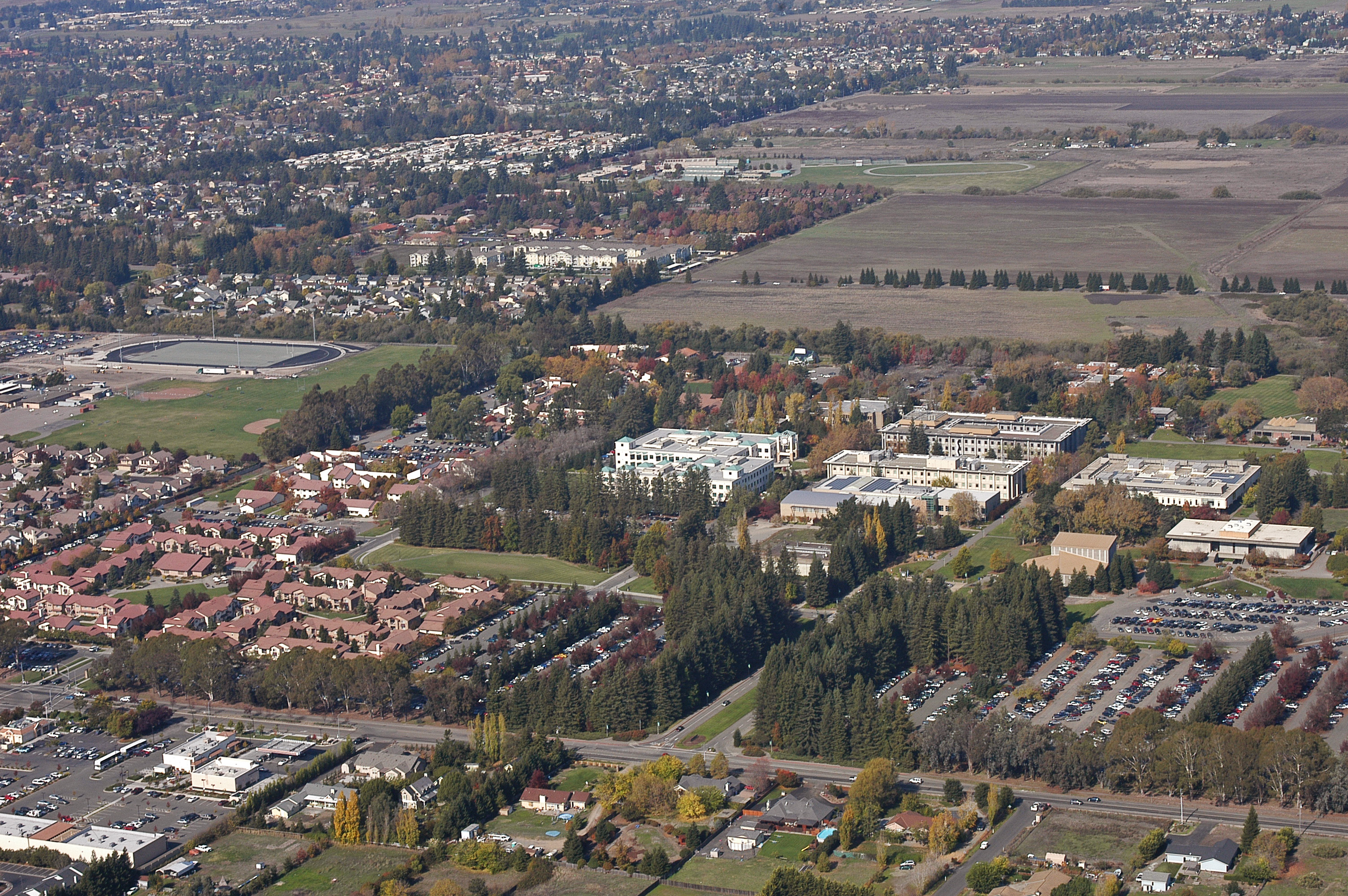