Three Olympic gold medalists. Three inspiring stories. One amazing evening. Hear from Kristi Yamaguchi, Kerri Walsh Jennings and Brandi Chastain about their paths and stories to becoming Olympic Gold Medalists followed by a discussion and Q&A with all three ladies.

Kristi Yamaguchi: A former American figure skater, Yamaguchi is an Olympic gold medalist, two-time world Champion and the 1992 U.S. Champion. In 1992, she became the first Asian American woman to win a gold medal in a Winter Olympic competition.

Brandi Chastain: An American retired soccer player, Chastain is a two-time Women’s World Cup champion, two-time Olympic gold-medalist, and a two-time All-American. In 1999, she was named one of People Magazine’s 25 Most Intriguing People and one of Street & Smith’s 100 Most Powerful People in Sports after peeling off her jersey in celebration of her winning kick in the Women’s World Cup. 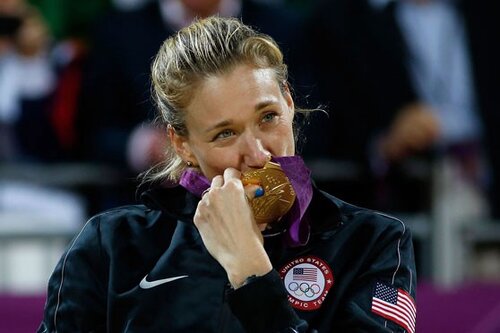 Harry Potter and the Sorcerer’s Stone begins at 7 PM

Come cheer on our Seawolves as they take on Saint Martin’s University!

For many historically underrepresented and traditionally marginalized students, graduating from college signifies success not only for themselves but also for their family and friends.